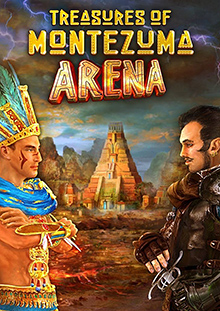 Fight to survive! Help Montezuma make his way through the dark catacombs of a sinister ziggurat. Master unique gameplay mechanics combining traditional “match-three” puzzles, turn-based battles, and role-playing elements! Use ancient artifacts and mighty totems to fight bloodthirsty creatures! Challenge your friends and other players in battles and tournaments! Earn honor points and fight your way to the top of the leaderboards, where glory awaits you! The fate of civilization itself is in your hands!