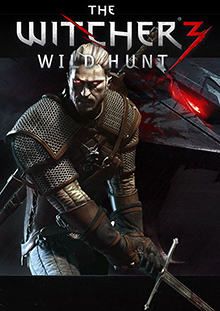 RP-M+ for Rating Pending, Targeting a Rating of Mature or Above:

The world is in chaos. The air is thick with tension and the smoke of burnt villages. The fearsome Empire of Nilfgaard has struck again, ravaging the hapless Northern Kingdoms. The once-mighty who tried to use Geralt for their own gain are now gone. In these uncertain times, no one can say what fortune holds in store, who will bring peace to the world and who will cause it only misery. But a force darker and deadlier emerges. The petty men and women commanding tin-plated armies fail to understand that their conflict is child’s play compared to the Wild Hunt, the otherworldly threat which now looms. These ghastly spectral riders have for ages plagued humankind, bringing misery to the world. Yet this time the Wild Hunt seeks one person in particular: the one individual Destiny itself bestowed upon Geralt, the one soul Geralt considers kin.

Hearts of Stone. Step again into the shoes of Geralt of Rivia, a professional monster slayer, this time hired to defeat a ruthless bandit captain, Olgierd von Everec, a man who possesses the power of immortality. This expansion to "The Witcher 3: Wild Hunt" packs over 10 hours of new adventures, introducing new characters, powerful monsters, unique romance and a brand new storyline shaped by your choices.

Blood and Wine. Become professional monster slayer Geralt of Rivia and explore Toussaint, a remote land untouched by war, where you will unravel the horrifying secret behind a beast terrorizing the kingdom. With all trails leading to dead ends, only a witcher can solve the mystery and survive the evil lurking in the night. Introducing an entirely new realm to traverse, new characters and monsters, Blood and Wine is a 20+ hour adventure full of dark deeds, unexpected twists, romance and deceit.