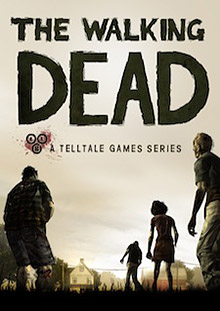 The Walking Dead: The Game - Episode 1: A New Day PC

The living will have to survive amongst the dead in this game based on The Walking Dead, the widely acclaimed comic book series and television series. Across five dark and emotional episodes of gameplay, every decision and action you take can result in the entire story of the game changing around you.

The critically acclaimed debut episode of The Walking Dead begins at the outset of the undead apocalypse. Lee Everett awakes into a world collapsing into anarchy as society fails to deal with the undead plague. Seeking refuge, he stumbles upon Clementine, an eight year old girl whose parents are missing. Lee takes Clementine under his wing as they seek safety from the walkers all around them.

The Walking Dead: The Game - Episode 1: A New Day Screenshots