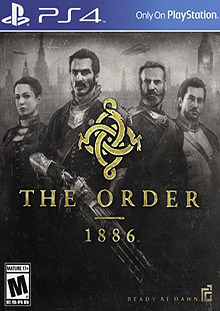 Courage and honor. The protection of the weak. Nobility and honesty. Skill in combat. Leadership. When you think of knights, there are a few qualities that come to mind. No matter who you ask, from nearly any time in the last handful of centuries, you'll get the same answers every time - because to earn the title of a knight, you must possess the nature of a hero. Would the same hold true in an alternate universe? Will the meaning of a knight always be upheld?

See if you possess the qualities of a true knight and join The Order, an elite community of knights that has been engaged in a centuries-old war - a war that will determine the course of history forever. Even in this unique version of Victorian-era London, the knights fight on the side of good, attempting to protect man from a powerful and ancient foe. So harness the technologically advanced weaponry, gather your courage and fight for honor - it's your duty.