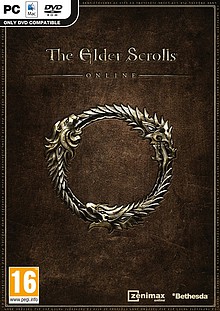 M for Mature: Blood and Gore, Sexual Themes, Use of Alcohol, Violence

Elder Scrolls Online is a multiplayer online role-playing game in which players assume the role of a warrior in the fantastical world of Nirn. As players explore open-world environments, they can perform various quests and complete tasks. Characters use swords, arrows, axes, and magic attacks to kill human-like and fantastical enemies

In The Elder Scrolls Online, players choose to become members of one of three alliances. Each alliance has a unique story and specific goals: Daggerfall Covenant, Ebonheart Pact and Aldmeri Dominion.