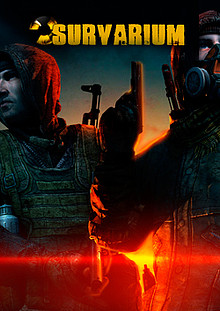 Survarium is a free2play MMOFPS game set in the near future. The game focuses on a mass- scale ecological catastrophe on Earth, the reasons behind vaguely known.

Impassable woods advance onto cities from every side, maddened animals and birds attack industrial complexes, military structures, warehouses and power plants. Towns are cut off from each other, there are no water supplies, no electricity, gas, communication is lost. Countries collapse, anarchy spreads throughout the world. Now force dictates who to survive. In the meantime, new species of greenery and animals purposely destroy human civilization. Strange plants and mushrooms grow through concrete and steel. Scientists all over the world haplessly try to cope with the anomaly sprawling across the Earth with terrifying speed.