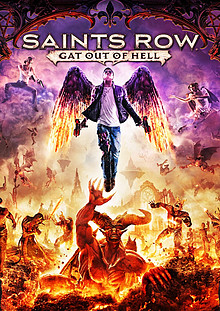 Saints Row: Gat Out of Hell Xbox One