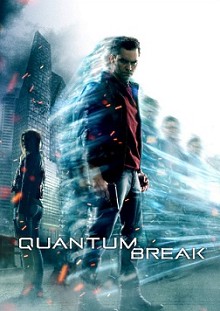 Quantum Break blurs the line between television and gameplay, integrating the two into one seamless, uniquely immersive experience. Quantum Break weaves the cinematic action of intense gameplay with the tension and drama of scripted television, creating a world where each has a direct impact on the other.

Quantum Break is set in the fictional North Eastern U.S. Riverport University where a time travel experiment has gone wrong, giving the three main characters, Jack Joyce, Beth Wilder, and Paul Serene the ability to manipulate time. Paul Serene, for example, can see into the future to decide which choices to make in the present.