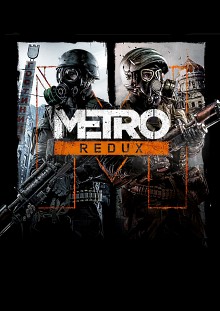 Metro Redux features fully re-mastered and improved versions of both Metro 2033 and Metro: Last Light, creating the most compelling Metro experience ever.

With re-worked next-gen visuals, smooth 60FPS gameplay on console, as well as new and improved content and features, Metro Redux is much more than a simple HD upgrade.