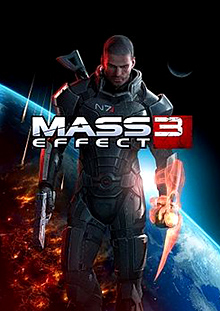 Mass Effect 3 brings you into the galactic war to take Earth back. Reapers, an ancient alien race, has started an invasion of the galaxy. You are the only one who can stop them as the Earth has been taken and the galaxy is on the verge of full extermination. The price of the defeat is extinction. You are playing, as a Commander Shepard, a military and commanding officer. Only you can resolve how things will play out, which planets you will save and which unions you will generate or abandon to destroy the Reaper danger once and for all.

Along the game your choices drive powerful outcomes, such as relationships with main heroes, the destiny of civilizations, and even various endings of the game. Fight with your partners or even friends in this galactic war to take Earth back from the captivity.