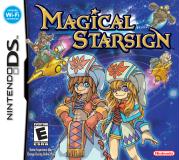 The students of Will O' Wisp magical academy have a little problem: Their teacher has mysteriously disappeared. After commandeering a handful of rockets to rescue her, they've wound up on a strange (and sometimes scary) adventure through outer space. Now players must rescue both their classmates AND their teacher – and just maybe the whole solar system while they're at it.

Madeleine, a respected and powerful teacher at Will O' Wisp magical academy, tells her students that she will undertake a dangerous mission in space and trains them for combat should the need arise. After not hearing from her for some time, the kids stumble upon a hangar of rocket ships. One by one, they board individual ships and crash-land on distant planets alone. The player hops from planet to planet assembling the group of classmates. Once together, they learn of an evil sorcerer – a former student of the academy who now has ambitions to destroy reality – and set out to stop him.