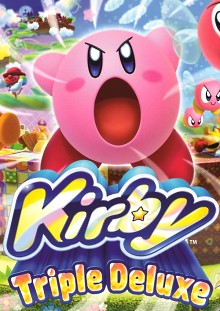 This is a side-scrolling platformer game in which players control a small Kirby in its quest to rescue friends. As Kirby traverse through colorful levels, defeat enemies by swallowing them, spitting back projectiles or using swords, whips, bows. Collect enemies on a beetle horn and toss them aside.

Kirby can eat a rainbow colored-seed called a Miracle Fruit to become Hypernova Kirby; this new power-up strengthens his inhale ability allowing him to inhale extremely large objects such as trains and trees and is used for a number of puzzles in the game.