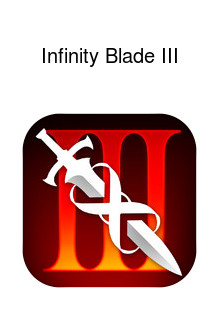 The blockbuster video game trilogy Infinity Blade reaches its epic conclusion in a thrilling story of honor, love, betrayal, and redemption. Siris and Isa have joined with the God-King Raidriar in a desperate attempt to destroy the Worker of Secrets and his army of Titans.

In an introduction, the Worker of Secrets narrates about his immortal creations, the Deathless, and their wrath on humanity. He forges the Infinity Blade, the only weapon that can permanently kill Deathless