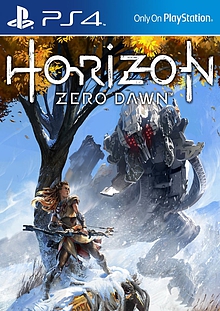 Horizon: Zero Dawn - an exclusive for the PS4 post-apocalyptic role-playing game where people dropped to the stone age, survive and fight for a place under the sun with the robots, which have evolved in animals.

Unlock deepest mysteries of world filled with strange Machines, artefacts, and crumbling ruins. What happened to the civilization, how did the Machines come to dominate this world? Aloy’s fate determine the answers - and that of humanity itself.