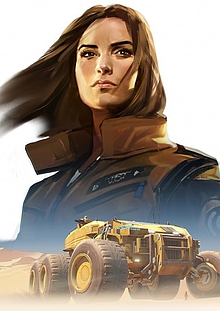 The game is set on the desert planet of Kharak, the home-in-exile of the Kushan (Hiigaran) people, 106 years prior to the events of Homeworld. Kharak is a dying world, the desert growing larger with each passing year, and the Kushan clans regularly wage war amongst one another. Then a satellite detects an object in the Great Banded Desert, known as the Jaraci Object, or the "primary anomaly". An expedition had been sent by the Coalition of the Northern Kiithid, a group of Kushan clans from the northern polar region of Kharak, but had disappeared in the desert four years earlier; the in-game campaign centers around a second expedition, and its chief science officer, Rachel S'jet.