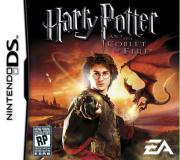 E for Everyone: Fantasy Violence

Harry Potter and the Goblet of Fire Gba

In the Harry Potter and the Goblet of Fire videogame, licensed by Warner Bros. Interactive Entertainment, Harry is mysteriously selected by the Goblet of Fire as the fourth champion in the dangerous Triwizard Tournament. Each champion in the international competition must confront a fire-breathing dragon, rescue friends from the icy depths of the Black Lake, and navigate the twisting mysteries of a vast, enchanted maze. Exciting scenes from the film come to life, from the Quidditch World Cup campsite to a heart-stopping duel with Lord Voldemort. The GBA version of Goblet of Fire lets players engage in magical gameplay, cast spells to interact with the world, and defeat supernatural creatures unique to the Game Boy Advance. Compete in Triwizard-themed mini-games and experience the enchantment of the Yule Ball.