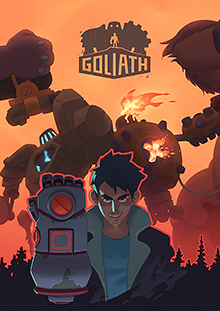 Young military pilot named Andrew Gromov in a plane crash enters the new, mysterious world. This world is made up of hundreds of fragments of dead civilizations and planets. In addition, the world is filled with giant monsters. In this difficult situation, the most logical step to Gromov, excellent mechanic, was the invention of the giant walking robots collected from all that was at hand. It is with the help of his robot named Goliath Gromov successfully opposes the monsters and traveling through the wreckage of the worlds. During the adventure Gromov meets new friends and companions, also accidentally caught in this world. But the most important event that takes place in this world - a result of the ongoing war three different factions: intelligent animals, religious robots and treacherous demon-smiths. It was during this war will take part Gromov, as well as select which of the parties lead to victory.