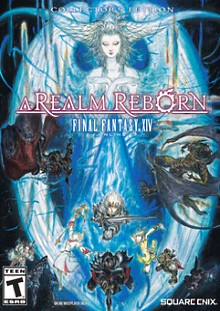 Take part in an epic and ever-changing Final Fantasy as you adventure and explore with friends from around the world. Experience all the hallmarks of the best-selling franchise - airships, chocobos, moogles, and more!

Set in the realm of Eorzea, after the devastating attacks from the Garlean Empire, Final Fantasy XIV: A Realm Reborn presents an adventure for players around the world to undertake epic quests and battle with familiar Final Fantasy monsters as they work together to help forge the fate of Eorzea.