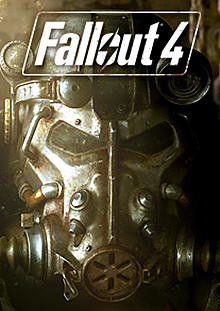 Fallout 4 is set in a post-apocalyptic Boston in the year 2287, 210 years after a devastating nuclear war, in which the player character emerges from an underground bunker known as Vault 111.

The player completes various quests and acquires experience points to level up their character. With first-person and third-person perspectives available, players can explore Fallout 4's open world setting at will, allowing nonlinear gameplay.

Players have the ability to construct and deconstruct buildings and items, and use them to build settlements, which can attract and be inhabited by non-playable characters.