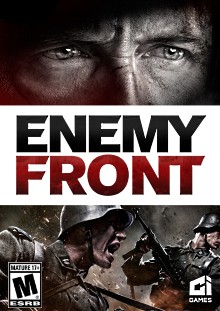 Enemy Front is the realistic tale of a hardened soldier Robert Hawkins an American stuck deep in Nazi controlled territory during the height of WWII, Diversified missions ranging from quick skirmishes, espionage assignments, and sabotage activities. The epic scope of Enemy Front spans several years and key battles as it progresses from the trenches of a desolate France right on through to Berlin and a secret weapons base. Once there, the player must thwart the plans for a terrifying weapon that will all but assure a global Nazis victory.