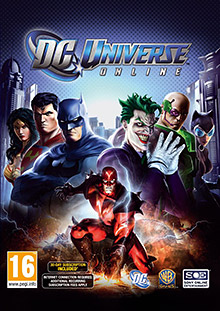 A massively-multiplayer experience, DC Universe Online brings high-energy action to the forefront with a combat system designed to deliver a fast-paced action experience with the extraordinary powers of your personally created heroes and villains at your disposal. Battle with or against their favorite DC Super Heroes and Villains including Batman, Superman, Wonder Woman, and The Joker. For the very first time, players and fans will be able to enter this fabled world as an active force for good or evil.