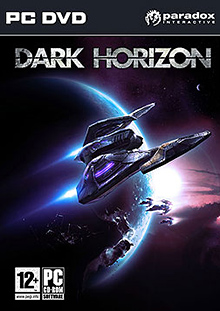 E10+ for Everyone 10+: Fantasy Violence, Language

Disaster has taken its harsh grip and the universe is slowly dying. Systems cease to exist and there seems to be no way of stopping the dark threat.But a rumor is slowly spreading through the galaxy of a weapon against this menace – the light core.

The game ''Dark Horizon'' takes the player to the very beginning of the Second Era of Enosta Universe, about a century before the disappearance of the legendary cruiser ''Talestra''.

This chronicle begins on a date which became a judgment day for many races of the Galaxy, when a new form of Mirk came into existence. The player takes part in these events as a member of the race of Guardians. Once human, now transformed by the Mirk, the Guardians created their own world and found the strength to confront the incoming menace.