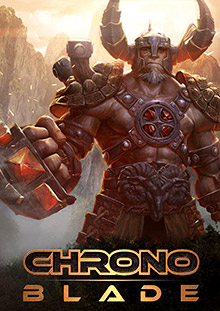 ChronoBlade takes place in the Multiverse where countless possible Earths exist. A shadow is rising which threatens all worlds, known as the Chronarch Imperium. As an inter-dimensional Hero you must fight to protect the worlds they would corrupt and destroy. Explore the many realities of the Multiverse searching for clues about the Chronarchs and the power to stop them.

Raise your weapon and fight for more than your own dimension; the survival of all realities hangs by a thread. Battle through the many strange realms of the Multiverse, seek out the truth behind the Chronarch war, and unleash the power to save all worlds!