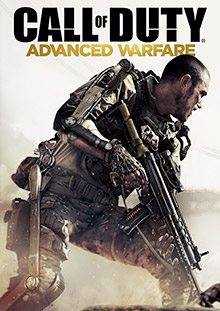 Call of Duty: Advanced Warfare takes a grounded look into the future of warfare that sees Private Military Corporations', such as Atlas Corporation led by Jonathon Irons, Academy Award Winning actor Kevin Spacey, becoming the dominant military force for nations around the globe. Through this use of PMC's borders have been redrawn and the rules of war have been re-written.

Become empowered with a powerful exoskeleton that will enhance your abilities giving you unparalleled strength, awareness, endurance, and speed. Not only do your natural abilities receive an upgrade but you'll also gain access to all-new gameplay mechanics not yet seen in a Call of Duty title such as covert cloaking abilities, boost jumps and grappling.

This is a new kind of warfare, where Hover bikes and an all-new class of directed-energy weapons are the norm. where you can use your exoskeleton to get unprecedented tactical freedom!