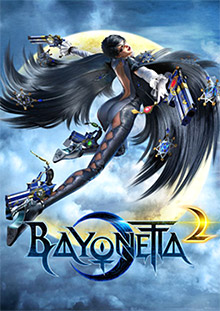 In this climactic sequel to the critically acclaimed Bayonetta, players will be on the edge of their seats from start to finish with hectic, demanding, non-stop gameplay. Brimming with jaw-dropping battles and gorgeous cut scenes, this game never lets up on the action. Fight on top of a jet as it soars through a downtown city. Duke it out against a giant Cyclops, who bears a whip for an arm, on top of a speeding train. And take to the skies in a fight against a demonic dragon while ascending to the top of a skyscraper.