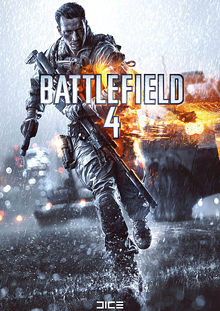 Battlefield 4 puts you in the boots of US Marine Sgt. Daniel Recker, member of the Tombstone squad. Against the backdrop of a global conflict between US, Russia and China, you'll engage in combat on foot and by operating land, sea and air units.

You'll engage in both close quarters squad-based combat and in vast battles commandeering tanks, jeeps, jets, helicopters and naval units. Utilize high-tech gadgets, a wide variety of weapons, and the dynamic environment itself as the climactic story progresses.

Battlefield 4 takes the fight to many urban environments like the outskirts of Baku and the skyscrapers of Shanghai, all of which become explosive, dynamic playgrounds for the Tombstone Squad.