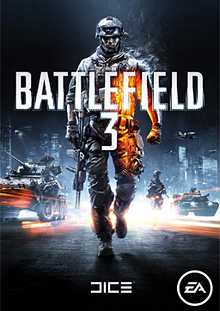 In Battlefield 3, players step into the role of the elite U.S. Marines an F18 weapons system officer, an M1A2 Abrams tank operator, and a Spetsnaz GRU operative. As the first boots on the ground, players will experience heart-pounding missions across diverse locations including Paris, Tehran and New York and follows the stories of Sergeant Henry Blackburn and Dimitri Mayakovsky. As a U.S. Marine in the field, periods of tension and anticipation are punctuated by moments of complete chaos.