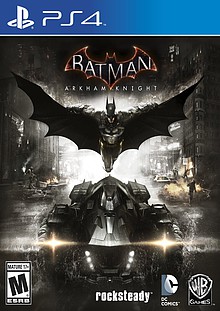 In this explosive and long awaited Arkham series finale Batman is faced with The Scarecrow, who has returned to reunite super villains for battle. Arkham Knight introduces Rocksteady's redesigned Batmobile and makes it drivable for the first time. Tear through streets and the skyline of Gotham City to participate in the final leg of this epic saga.