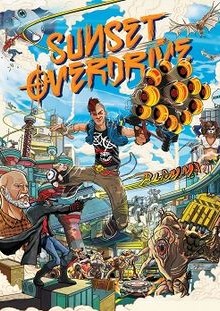 Sunset Overdrive is an always changing, open-world comedic third-person shooter set in the metropolis Sunset City in 2027. A catastrophic event has left your city overrun by mutants. While the majority perished or transformed, you flourished. It turns out your calling isn't picking up trash or serving food, it’s mutant destruction. With an arsenal of kick-ass, overpowered weapons and a knack for traversing the city with hyper agility, it’s not the end of days for you.